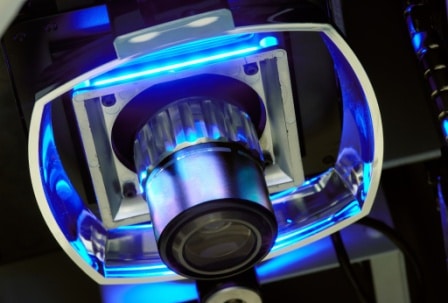 Cameras with high resolutions and high frame rates, i.e. cameras with high image data volumes, are capable of being scaled up within their overall performance capacity, making them highly adaptable in use. In addition, the components are opening up new fields of application, thanks to their high performance. To make it easier for customers to achieve the right settings and optimum use of cameras, Optronis is now launching a proprietary image processing interface for its CP70-1-M/C-1000 camera.

Image processing solutions from providers generally comprises an arrangement of cameras, lenses adapted to the cameras, lighting and image processing software. For this user faced with a range of choices, this then involves a variety of different questions about adapting the technologies involved to the existing image processing task. These relate to whether the quality of the camera images is suitable for the image processing algorithm used, and also to optical adjustments of the objects to be recorded to the image sensors, and then to the lighting. By describing its camera to the EMVA 1288 standard, Optronis already offers a standardised overview of the physical camera data and camera specification. But this doesn’t go far enough for the Kehl-based camera manufacturer. This is why Optronis is now offering an image processing interface for its CP70-1-M/C-1000 camera on request. It is aimed at providing information about the suitability of the Optronis camera for the image processing task in order to make subsequent integration into the customer application easier.

Built on the new PC-based EyeMotion interface software from SeeFast Technologies, the customer now has the option of a tool that on the one hand stores image data, while on the other hand offering an interface to image processing libraries. For adaptation to a proprietary image processing algorithm, the software offers plug-ins for Matlab or C++. This allows the user to test the Optronis camera extensively in advance for the particular image processing task.

11. July 2017
We use cookies to ensure that we give you the best experience on our website. If you continue on our website we’ll assume that you agree with it.For further information please read our privacy policy.OK