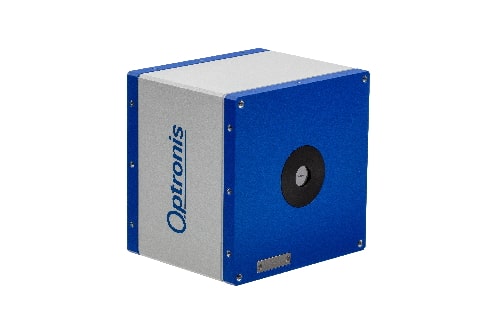 With the world’s first commercially available Solid State Streak Camera (S3C), Optronis GmbH from Kehl, Germany, offers research a new instrument to enable detailed scientific investigations in the field of ultrafast processes. In particular, the semiconductor-based streak camera opens up new application possibilities in important innovation fields, such as plasma research, detonics or microfluidics. The camera will be presented at the beginning of April this year at SPIE Photonics Europe, Strasbourg, and at the end of April at Laser World of Photonics, Munich.

Streak cameras allow measurements of optical phenomena in the range of pico-, down to femtoseconds. Conventional streak cameras based on vacuum tubes are not only cost-intensive, but also sensitive in terms of their handling. The all-new semiconductor-based S3C-1 model from Optronis is expected to bring a whole new level of cost, robustness and application to streak technology.

The application fields of the S3C-1 are in detonics, plasma research, microfluidics or the analysis of fast micro movements (MEMS). Due to the robustness, the small dimensions of 12 cm x 12 cm and the weight of less than 2 kg, the camera can also be used in areas that are denied to tube-based cameras.

Optronis CEO, Dr. Patrick Summ, says: “Optronis wants to use current semiconductor technology to be able to cover applications with this streak camera that could not be economically served with conventional streak cameras. This camera brings innovation to anyone involved in the study of fast physical phenomena. Our goal is to be able to offer this global innovation at an attractive cost.”

Compared to tube-based streak cameras, the S3C-1 is more compact, more robust and less expensive. Also, measurements are now possible where no suitable trigger signal was previously available. A time window of 100 ns to 10 ms can be selected for acquisition. The time resolution is close to 1 ns.

Like tube-based streak cameras, the semiconductor-based S3C-1 detects light changes along a line. This is 65 µm wide and divided into 200 elements along its length of 5 mm. Each element consists of a sensitive photodiode with amplifier. The brightness values are sampled and stored temporally at up to 2 GSamples/sec. Software is available to control the camera and analyze the measured values.
A new and special camera feature is the continuous recording. This makes it possible to record events where exact temporal information about their occurrence becomes available only after they have occurred. This “post-triggering” simplifies or allows only certain applications.