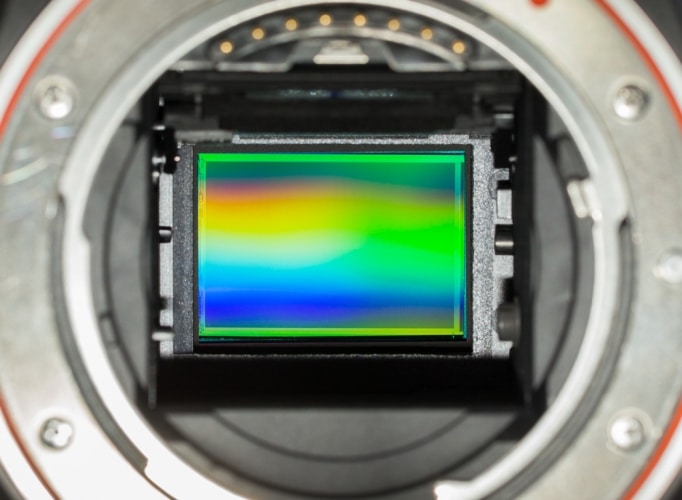 The news that Sony is discontinuing its line of CCD image sensors came as a blow to the image processing industry. Anyone who had still believed in the quality and leading role of CCD until this point in time was abruptly disabused of the notion. Is this why CMOS belongs to the future? Yes. CMOS has spent years catching up with CCD in terms of development and has now – in isolated cases – overtaken it.

Optronis has been involved in the development of CCD and CMOS in the high-end segment, although the integration of CCD image sensors in high-speed recording was only a brief interlude. CCD sensors with more than two readout areas were needed here in order to maintain the high readout speed and the high frame rate, with all the consequences that adjusting the individual readout areas and providing faster control signals entailed. This led to significant problems with image representation in the transition area between the individual readout zones all the way to ghost images. And this is quite apart from the blooming and smear effects inherent to CCD. Image processing going beyond image representation in the high-speed range was therefore a somewhat hopeless undertaking. This is why CMOS was a welcome technology in the high-end segment, with acceptable image results on a par with CCD technology from the outset.

The image results are to be carefully assessed, precisely because a CMOS sensor typically has a higher integration density, with the AD converter and the control logics also located on the chip. If each individual pixel is treated as a physical measuring channel for constant light (time in amplitude converter), then there are essential differences between CCD and CMOS in terms of linearity, fill factor, quantum efficiency, dark signal, amplification, fixed pattern noise (FPN), statistical noise, shutter, AD conversion (amplitude in digital signal converter), correlated double sampling (CDS) etc. CMOS sensors usually have a wider variety of effects here, which lead to a worse assessment of image quality, with the worse FPN usually mentioned first. If we consider the physical behaviour of CMOS technology, however, then the camera systems made today are far more compact, efficient and cost-effective.

Optronis insisted on CMOS from the start, first and foremost in the field of machine vision, where large quantities of data and accurate and precise image reproduction are important. The camera systems are thus optimally attuned to future technologies and requirements. In this way, customers reap the full benefits of sophisticated products based on the know-how developed by Optronis in recent years with regard to CMOS sensors and their interaction with camera-related hardware and software.

We use cookies on our website to give you the most relevant experience by remembering your preferences for repeated visits. Thus the cookies are used to improve your experince with our page.
But you may disselect the unneccesary cookies.
Necessary Always Enabled
Necessary cookies are essential to navigate around a website and use its features. Without them, you wouldn’t be able to use basic services. These cookies do not gather information about you that could be used for marketing or remembering where you've been on the internet.
Non-necessary
Any cookies that are not necessary for the functioning of the website and are specifically used to collect the user's personal information through analysis, advertisements and other embedded content are referred to as unnecessary cookies.
SAVE & ACCEPT